Download Add to Lightbox Add to Cart
Image 3 of 3
Olympic-Animal-Sanctuary-Ducey-302.jpg 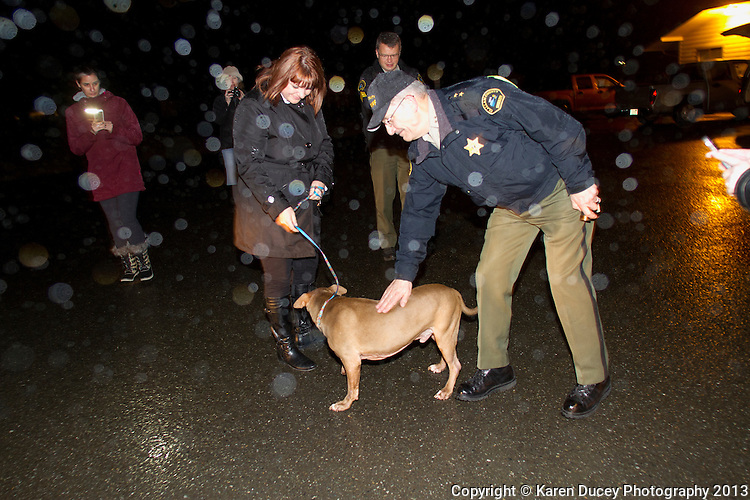 In a dark and rainy parking lot at City Hall in Forks, under the watchful gaze of three police officers, a half-dozen supporters of AARF, and a representative from OAS who handed off the dog, Leroy was reunited with Enajibi at Forks City Hall on December 20, 2013.

Clallum County Undersheriff Ron Peregrin who leaned over to give Leroy a pet, had said earlier “Its difficult, because when you have laws to follow, its not like we don’t have feelings too.”