Download Add to Lightbox Add to Cart
Image 1 of 3
Olympic-Animal-Sanctuary-Ducey-301.jpg 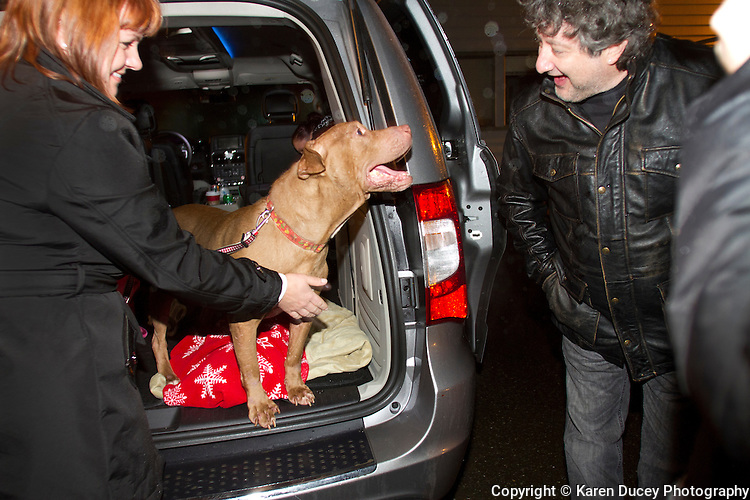 Leroy, a six-and-a half–year-old pit bull-type dog, is reunited with Heather Enajibi (left), President of the Animal Aid and Rescue Foundation (AARF) and friends in a parking lot at City Hall in Forks, WA on December 20, 2013. The dog had been in possession of Steve Markwell at the Olympic Animal Sanctuary (OAS) for over three years and was released back to Enajibi after a court hearing in Port Angeles, WA. He is the first, and thus far only dog, known to be released by Markwell since June 2013.

Owner Steve Markwell Markwell has been under fire for neglecting the dogs after volunteers filed a complaint in 2012. The City of Forks police department investigated and found horrific conditions but said legally they were unable to do anything about it. Markwell claims he has 125 dogs inside and believes he is their last hope. Many of the dogs were turned over to him by rescues and shelters who deemed them dangerous. Mounting evidence of animal cruelty has prompted many of them to ask for their dogs back. Markwell refuses and only lets a few trusted volunteers enter the premises.
© Karen Ducey Photography
Olympic Animal Sanctuary, Animals