Download Add to Lightbox Add to Cart
Image 5 of 312
Olympic-Animal-Sanctuary-Ducey-312.jpg 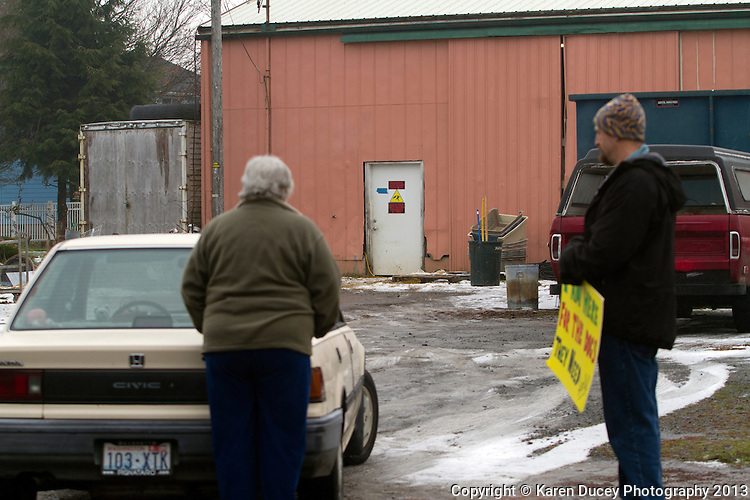 Robert Pregulman, founder of the website Seattle Dog Spot, protests in front of the Olympic Animal Sanctuary with another protester in Forks, WA on December 10, 2013. “I was out here 4.5 hours yesterday and not one dog was taken outside.”


“The barking is sometimes, you don’t hear it. But once one dog barks they all go off. I timed it yesterday. It was about 3 hours of almost nonstop barking. Which, if there was people in there you would say its an insane asylum. If people were yelling and screaming for that long. These dogs are in cages and crates and they sit there all day. Its awful. ”

“It makes me sick. I went home last night and I was horribly depressed because its just awful to listen to these poor dogs in there. There’s a dog in that window that jumps up and howls. I guess he’s locked in a room, I don’t know. For anybody with an ounce of humanity how can you just sit here and listen to it and not be affected. I just don’t understand.”

“It just is incredibly disturbing and you think about your own dogs and I just don’t understand why this place is still allowed to be open because it just makes no sense to me.”