Download Add to Lightbox Add to Cart
Image 14 of 16
Olympic-Animal-Sanctuary-Ducey-307.jpg 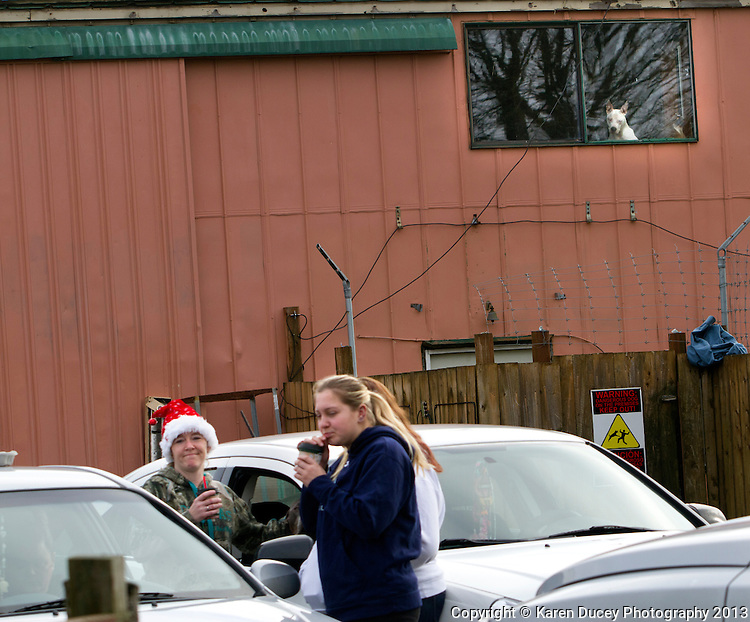 Supporters of the Olympic Animal Sanctuary in Forks, WA share hot drinks in the driveway on December 15, 2013. One of the supporters who later asked not to be identified said she’s out here because “I believe in his golden heart and good intentions with these dogs. I believe he has an unbelievable gift and he’s pursuing that. And I support him.”

As a volunteer in a vet’s office she said she’s met Steve regularly when he visits a couple days a week. The dogs do not accompany him. She is here today because she felt the protesters were getting out of hand over the weekend and reported they ripped supporting signs down from a coffee shop. “They tore them up and stomped on them in a mud puddle.”

The anonymous woman who supports Steve Markwell said she feels like she was attacked on a social media page for making a comment and had received a threatening voice mail this morning that came from an unknown caller. “I heard that you stand with OAS. Well, I know your address.”

No one from the fours cars humming in the driveway were seen entering the building though owner Steve Markwell spent about an hour inside in the morning. “I see this man crumbling.” she said. “This is so much pressure to put him under for a job that nobody else is willing to do.”
© Karen Ducey Photography 2013
Olympic Animal Sanctuary