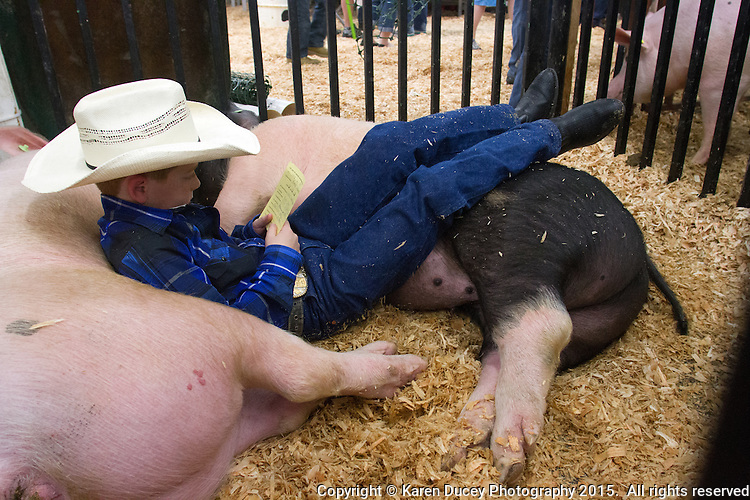 Laying on his pigs "Thunder" (left) and "Lightning" Blake Neuman, 10, from Enumclaw, Wash., reads a note that a sponsor was donating money towards his project. Neuman is a 4H student from Westwood Elementary School. This is his second year raising pigs in the 4H program. His parents are farmers raising cows, chickens and goats and have a barn for this pigs. When he gets older he wants to be rancher. He wants to use the money he makes from selling Thunder and Lightning for his first rifle and for college. Lightning weighs 254 pounds. Neuman weighs 73.